How to Forgive Yourself | 3 Powerful Steps to Freedom

Sometimes it’s easier to forgive other people than to forgive yourself. It’s hard to release feelings of guilt and move past it.

But there are ways to take the first few steps toward letting go of our mistakes and forgiving ourselves.

An unfortunate “Pepsi incident” taught me how to forgive myself for much bigger mistakes.

When my son was on cancer treatment, we had to drive four hours to see the doctor. One time, we decided to make a weekend out of it and take our boys to the Henry Doorly Zoo.

Little did I know the mistake I was about to make.

The zoo ranks as one of the best in the nation. It’s wonderful, and we had been there several times.

But this time was different. It was a monumental trip for our family, because, for the first time ever, we didn’t have to take a stroller.

Life as we knew it would never be the same. We strutted up to the zoo gates with the wind in our hair and a feeling of liberation.

But that feeling of freedom didn’t last long.

A couple hours into our visit, the kids got tired. “Can I have a shoulder ride, Mom?” the asked.

Sure, why not? Carry around 50 extra pounds of weight — no big deal!

My husband hoisted our oldest son onto his shoulders, and I had our youngest son on mine as we entered the monkey exhibit.

I was thirsty from being a source of transportation for my child, so I carefully balanced my youngest son on my shoulders as I unscrewed the lid of my $3 Cherry Pepsi.

At that exact moment, my oldest son decided he didn’t want to be on his dad’s shoulders anymore. He swung his leg around to hop down and his foot collided with my hand, sending soda spewing through the air in a gravity-defying arch.

With quick reflexes, my husband bobbled for the bottle like a football player trying to catch a Hail Mary pass. This sent the bottle spinning in a loop de loop pattern, spraying Pepsi everywhere as it went.

But here’s the worst part — oh, this is bad.

Just then, some poor, unsuspecting mom was walking past us. Like a slow motion replay, I watched as every twist of the Pepsi bottle pummeled her coral colored blouse with sticky, brown pop.

Then, with one last final spin, Pepsi splashed right into her mouth — HER MOUTH!

It was disgusting. I was mortified. All I could say was, “I’m so sorry! I’m not sick! I’m so sorry!” as she attempted to spit my Pepsi out of her mouth.

“I’m not sick…,” nice one, Jenni. But I didn’t know what else to say as my Cherry Pepsi dripped from her face!

I continued to apologize profusely and lamely offered her a wet wipe. I wanted so badly to take back this mistake, but the damage was done.

With a dazed look, she shook her head and said they had wipes. Then we parted ways with my embarrassed apologies still hanging in the air.

For the rest of our visit, I obsessed over that unfortunate series of events.

It was an honest mistake. A simple, tiny thing. I hadn’t murdered anyone or even caused lasting harm.

Still, I couldn’t let go of this mistake.

It can be so hard to forgive yourself.

Again and again I went over the interaction in my head.

What could I have done differently? Was there some way I could have prevented it? Why did I have to take a drink right at that very moment?

There will always be things in our past we wish we could change.

Many of them much more serious than the “Pepsi incident” can haunt us with guilt and shame for years.

They have a way of popping into our memory when we least expect them. Our face burns red, and we want to hide our face in our hands. But God doesn’t want us to live bogged down with all our past shame and guilt.

God wants us to be free.

We can’t change the past. We can’t un-spill the Cherry Pepsi.

But we can take the first few steps toward letting go of our mistakes and forgiving ourselves.

Steps to help you forgive yourself:

First: Speak out loud or in your mind an apology to God (and other people if you need to).

Second: Clench up your fists as tight as you can. Visualize your clench fists holding tight to this mistake you’ve made in the past.

Third: Open your hands and imagine yourself releasing that mistake to God. Watch it fly away like a butterfly freed from a cage. Let God fill you with the freedom of that release. If only for a moment, experience that peace.

Repeat these steps whenever you are struggling to forgive yourself. You may even find you have to repeat them several times about the same mistake. That’s okay.

It’s hard to let go of mistakes from the past. But when our hands are tightly clenched around those mistakes, they aren’t open to receive the freedom in forgiveness God wants to give you. With these steps, now you know how to start releasing so you can receive.

Prayer of the day: God, please give me the grace I need to forgive myself so I can embrace the sweet freedom you offer. 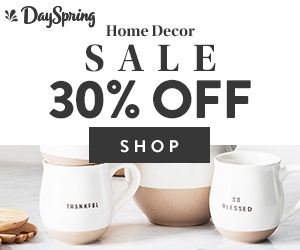